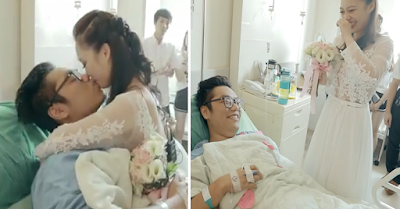 A certain guy didn’t want to burden his girlfriend with taking care of a disabled person all her life that is why he have to dump her before their scheduled wedding. After being together for more than 4 years in a relationship, a man and his girlfriend from New Taipei City were supposed to get married in 2018. Everything was going according to plan until the man lost his arm after getting into a car accident. 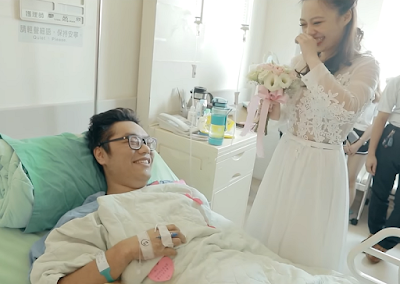 He has decided to break up with his girlfriend after the doctors have told him that he his arm had to undergo amputation as part of his treatment. For his reason that he didn’t want for his girlfriend to feel the burden into taking care of a disabled person for the rest of her life.

Little did the man know, his girlfriend would refuse to break up with him, and plans something else instead. After she gathered a group of people, which includes a violinist, and planned to carry out a wedding proposal. Her boyfriend was first shown a video where his “ex” tells the camera that she was devastated when her boyfriend broke up with her, but she was sure she wanted to spend her life with him. Her boyfriend moved into tears after watching the video.

A group prepared by the girlfriend then entered the hospital room, with the violinist playing a romantic tune and each person holding a rose. The last person to enter the room was the girlfriend herself, wearing a wedding gown and carrying a bouquet of flowers. Lastly, the woman walks in, telling him, “You have taken care of me for these four years and I am really grateful for that. Now it is my turn to do so. If you will take me as your wife, then accept these flowers.”

He silently nods and pulls her down to kiss her while saying, “I will do everything I can to get better, and keep hold of your hand for the rest of my life.” 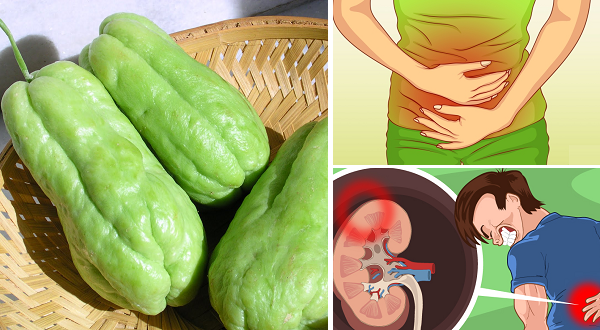