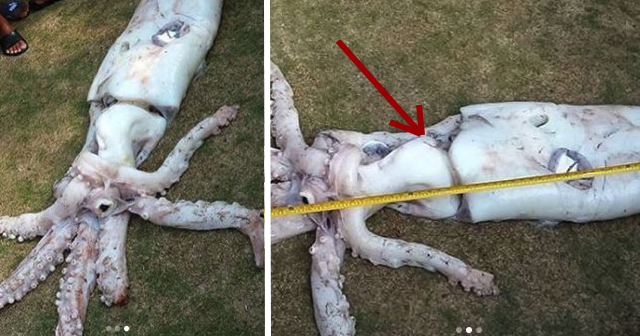 A dead giant squid measuring about 8-feet in length has been found and caught by fishermen in the coastal area of Sibutu, Tawi-Tawi last April 6, 2018.

A Facebook page named "Bisaya Pay Imo" has uploaded a video clip showing the giant squid, which was found by the residents residing in the area. Photos of the huge sea creature circulated all over the internet and netizens have shared and commented their thought about it. 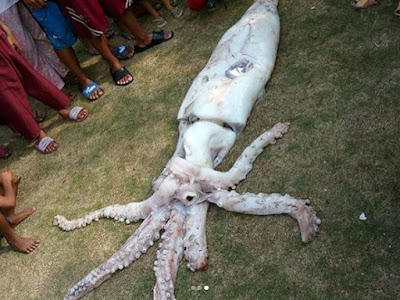 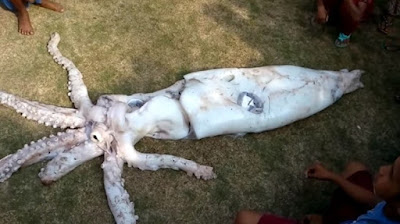 Some netizens are claiming that this could be a sign of global warming happening in the country.
"Sign of global warming. Supposed to be nasa deepest depths of ocean sila. It's a warning for us na we should take care of all the resources God has given us."
Some claims that there are impending changes in the environment, such as platinic movements.
According to a report by GMA News Online, this is the third time they caught a giant squid near their area. 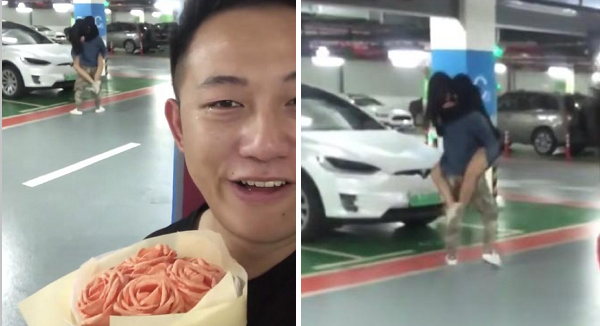 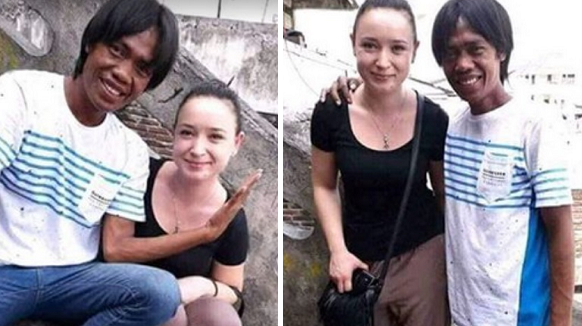