A Group of Friends, Used Invisible Car to Order at Jollibee via Drive Thru 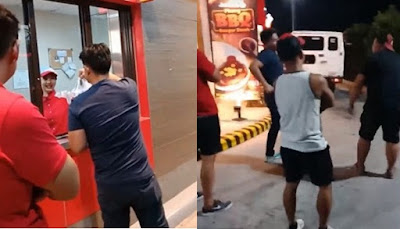 A number of fast-foods found in the Metro have a drive thru for convenience to people who wants to order a quick takeout meal from a store. But in order for you to order in a drive thru is that you must have a vehicle. You may have experienced that a fast-food has its rush hour when every counter has a ton of people lined up all the way to the entrance. Just imagine, you and your barkada are starving as everyone within a 5-mile radius is gathered at your favorite Jollibee branch.

That is what exactly happened to Dave Calma and his friends who wanted to grab a bite at Jollibee. Instead of giving up or waiting for the long line of people to thin out, Dave and his friends came up with a bright and hilarious idea: driving an imaginary car to the drive-thru. Eventually, the video of these guys’ ingenious method of getting past the long queue at a Jollibee branch has gone viral. With the group laughing at their own crazy antics, they positioned themselves as if they were riding inside a real car. Standing and walking in unison, the group actually did a good job mimicking a normal drive-thru experience. 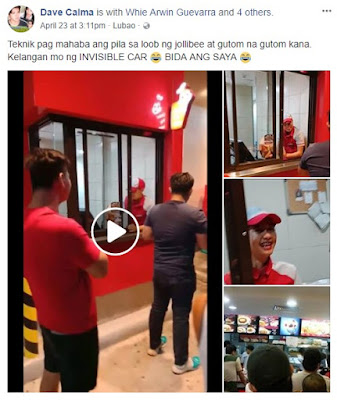 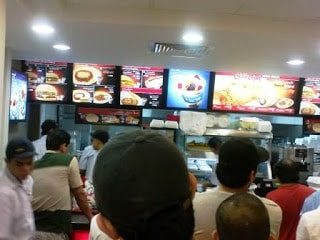 Completing the act — from the designated ‘driver’ making sure to drive carefully, to maintaining a reasonable distance behind another vehicle making an order, and even “releasing the hand brake” before moving towards the counter — this clever barkada had everyone who watched their video in laughter. 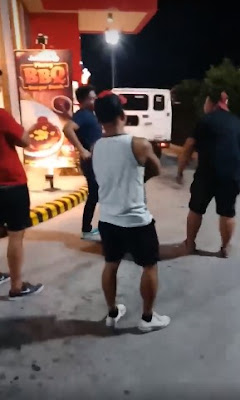 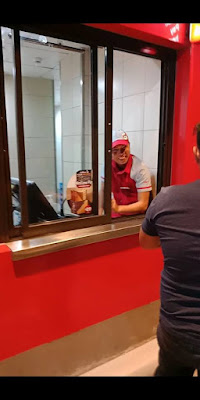 With the stationed crew member amused by the group’s antics, he then played along and took their orders. Dave and his friends were successful as they claimed their food without breaking formation. Then, the group ended their mission with high fives knowing they were able to get their food much faster than those inside the store.