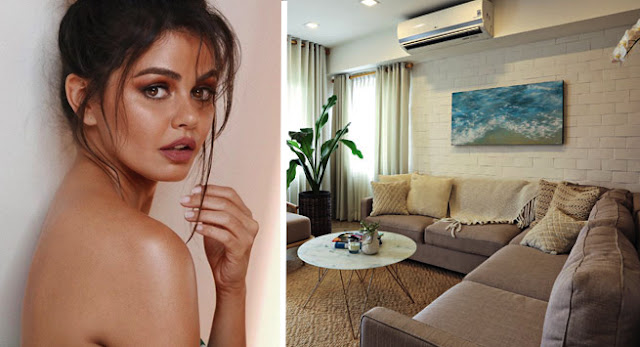 The 28-year-old actress joined the industry for more than 7 years already and she was first seen in "Pepito Manaloto" an award-winning comedy show every Sunday night. From that, our stunning actress continued to pursue her career in acting and modelling. Now, Janine has been able to buy herself a stylish condominium unit in San Juan City. 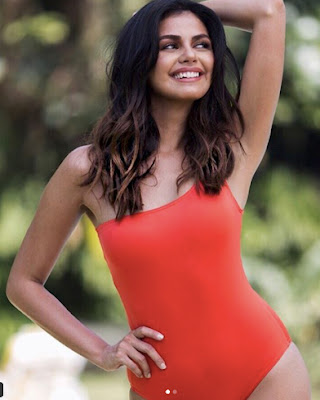 While some would shy away from independent living, Janine welcomed this chapter of her life with open arms. She wanted to learn how to be independent such as being responsible for her household chores, paying the bills and learning how to cook for herself.

So let's take a look at her lavish condominium unit:

Janine had been sharing a bedrom with two of her siblings and when she realized that it's time to move, The actress bought herself a 92 sqm unit last 2016.

Her stylish home is a bachelorette's dream come true. Her place is homey and comforting filled with pieces that adds style to her condo.

The actress wanted a place that is airy and simple so she chose a more neutral color with big sliding glass doors to lit the space with natural lighting.

The place can actually accomodate two bedrooms but Janine opted to have a bigger room instead. In her bedroom, Janine ordered a pretty wallpaper with gold matte from London.

Her condo unit has a outdoor nook to enable the owner to relax and enjoy the view of San Juan. She placed a simple couch and added some outdoor plants to add a nature-friendly look for her veranda.

Janine has indeed a glamorous life as she get to travel the world, continue her passion for live on her own comfort at her lavish condo unit.